Doug Dugal inducted in the Paper Hall of Fame 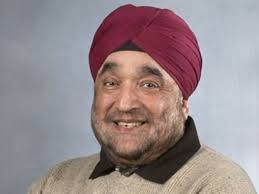 Dugal was born in Bereilly, India on February 1, 1937. He obtained a B.Sc. degree in chemistry from Agra University, a M.S. degree, Chem. Tech. from Harcourt Butler Technological Institute (HBTI) in India, a Dr. lng. (Ph.D.) in Chemical Eng. from what is now the Technical University of Darmstadt, Germany and then a business diploma from LaSalle Extension University of Chicago. He married Mona Ahuja in 1968.

Dugal’s major employment experience in the U.S. began with the Institute of Paper Chemistry, Appleton, WI where he stayed for 21 years (1964- 1966 and 1968-1987) and quickly rose to be one of the directors. He developed new environmental courses, opened additional research areas and guided many student research programs. For a few years, he was chairman of the Academic Department of Special Studies and chairman of the Ph.D. Thesis Committee. While at IPC, he represented the United States for five years as a member of its delegation to UNEP (UN’s Environmental Program). From 1987 to 1989, Dugal worked at the James River Corporation. His report on the making of bulky fibers from this phase of his career is still an important resource used by their research staff.

In 1989, Dugal took on a high-risk challenge as he left a lucrative job to co-found Integrated Paper Services, Inc. (IPS), with other co-founders George Mueller, Salman Aziz, Craig Booher, Edith Crocket and Dave Rades, that resulted in a successful business. Dugal served as President of IPS Inc. from 1989 to 2000 and then as CEO from 2000 to 2002 during which time IPS grew from eight to over 40 employees serving roughly 700 clients per year. He also developed and taught 8-12 continuing education courses per year for the industry with over 1200 receiving training. In December 2007, Dugal sold his interests in IPS and went on to other projects.

In 1992, Dugal co-founded the Paper Industry International Hall of Fame and served as a Board member and Secretary for nearly 20 years, writing its guidelines and largely running the office for its first five years.

Some of Dugal’s most noted work has been in communicating about the paper industry to the general public. He has written over 100 segments of “The Paper Report”, about the industry, for the Post-Crescent newspaper in Wisconsin’s Fox Valley. He has helped his readers understand the well-known saying that “paper is the carrier of civilization”. He has been a major advocate for innovation in the industry, and has boldly warned of the need to “innovate or perish”. Dugal has served on nine Boards and has been an active member of seven professional organizations including a 50-year membership in TAPPI. He has published 40 technical papers, over a dozen major research reports, and a book, Dard Hunter Watermarks, coauthored with Douglas Stone.

Hardev S. (Doug) Dugal lives in Menasha, WI with his wife, Mona. They have two children and seven grandchildren.

Doug Dugal inducted in the Paper Hall of Fame on October 9, 2014. A write-up of this event was in the Appleton Post-Crescent newspaper on October 10, 2014.  Click here to see the article.