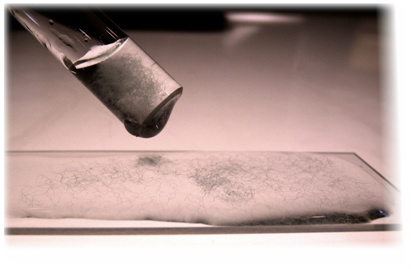 IPS Testing is able to determine likely age ranges for paper products by using wood fibers, pulping chemistry, paper additives and surface treatments to serve as dating markers. Our experienced fiber science team, led by Walter Rantanen, has developed an international reputation for paper and document forensics. While exact age dating of papers is not possible, the process is often able to exclude samples as being made in the time period of question.

Walter Rantanen has developed a large database of paper with known ages. He has also worked closely with Paul Messier and the Museum of Modern Art to develop a similar database for photographic papers.

Typical paper forensic services that IPS provides to its U.S., governmental and international customers include:

In 2000, IPS’s Walter Rantanen was approached by Paul Messier to see if he could analyze the paper fibers in several purported vintage Louis Hine photographic prints from the 1930s to determine if the paper was consistent with the photographic papers available in this time frame. Rantanen examined a large number of photos that were carefully dated to determine what fiber species and pulping processes were used from the early 1900s through the late 1990s. This research clearly indicated that the prints in question were not vintage or made during Hine’s lifetime. 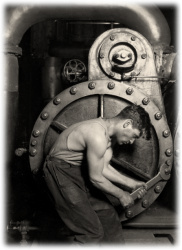 If you would like to learn more about this case, you may read Richard B. Woodward’s essay,  “Too Much of a Good Thing” , published in the 2003 Atlantic. The reporting of both Rantanen’s and Messier’s work sent shockwaves through the art world.

IPS has been asked many times to authenticate WWII bonds from the Philippines. All have been fakes, with the fraudulent activity so pervasive that the US. Treasury has a brief write-up on the bonds entitled “Known Examples of Securities.”

We have also been asked to date service records from the WWI time frame that also turned out to be counterfeit. In addition, as experts in foreign currency and counterfeit analysis, IPS has trained members of the U.S. Secret Service and Homeland Security as well as Canadian Border Services Agency in the fundamentals of fiber analysis.